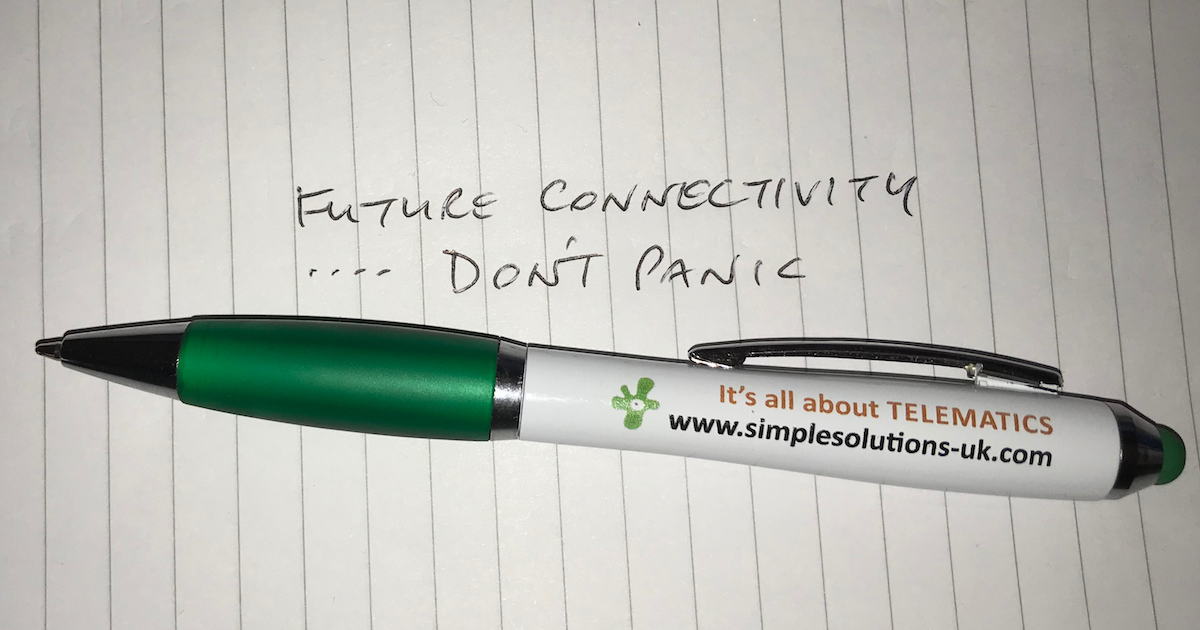 Cellular traffic, where next?

What do the changes to the cellular networks mean for the future of telematics, tracking, IoT and M2M solutions?

With the increasing number of cellular connected devices, expansion of the M2M (machine to machine) and IoT (internet of things) models, what does this mean for the future of the connection in terms of network protocol and medium to long-term use?

This is purely our view based on conversations with network operators, device manufacturers and customers. The future may well be different but if we don’t at least have the discussions then how will we know?

All of the device manufacturers have roadmap information showing the migration to LTE and beyond for the telematics, tracking, M2M and IoT markets, although getting them to show their hands and expand on what they see for the future is almost impossible, the reality is that they have to wait for other dominos to fall in terms of the decisions made at network and even government levels. With those decisions still unclear then what do we do about placing devices out in the field for the next end-customer contracts (usually 3-5 years)?

So, to the known basics, most telematics, tracking, M2M and IoT devices don’t need a great deal of bandwidth or high-speed connections, relatively small amounts of data sent at a set reporting frequency.

To this end GPRS (or 2G) has served them well for the past 15+ years and could continue for the foreseeable future in most locations (within Europe certainly). Indeed, most of the roadmap information we’ve seen suggests that both the networks and the hardware will support 2G for the foreseeable future, with many having 2G as a fallback. Some locations have already ceased 2G (notably, Australia and some of the North American networks).

HSPA/3G is becoming the area of concern as networks concentrate on their LTE/4G offerings and, again from what we have been told, 3G has a limited life left, certainly in the UK.

The concentration of the manufacturers has been, rightly, supporting those areas that have been affected by the switch-off of GPRS/2G and CDMA (in North America), producing products to support their customers and allowing for continued use of the same hardware family and configurations. The rest of the World will have to wait and see what falls out from these products, how they fit with the networks available to them, both now, and for the future.

So, what about the future? Lots of talk about narrow band and IoT specific connectivity that would seem to suit the market well, giving better (more robust) and suitable low power connectivity for the remote nature of non-human involvement connectivity (i.e. M2M).

LTE offers many options in terms of types of connectivity, most yet to be rolled out but certainly coming soon.

That’s all good for the future and for future installations but what about the legacy equipment that’s in place now or has been for some time? One of the strong sell points was the ‘install and forget’ nature of the devices, certainly for asset tracking and/or alarm based reporting solutions. Our view is that these devices, certainly within the UK and Europe, will be able to continue working on the 2G network for some time BUT maybe plan to evolve to one of the new low power ‘flavours’ of LTE when the networks, device manufacturers and opportunity to replace comes along. No need for any panic but continue to watch the markets, talk to your hardware and network providers and make sure you have a wish list of what you would need the device to look like in terms of a feature set.

So, the takeaway from this is DON’T PANIC, keep talking to your providers.

Want to discuss your current or future needs, or evaluate where your weaknesses may be and how you can address them?

Come and talk to us, an expert on your side. 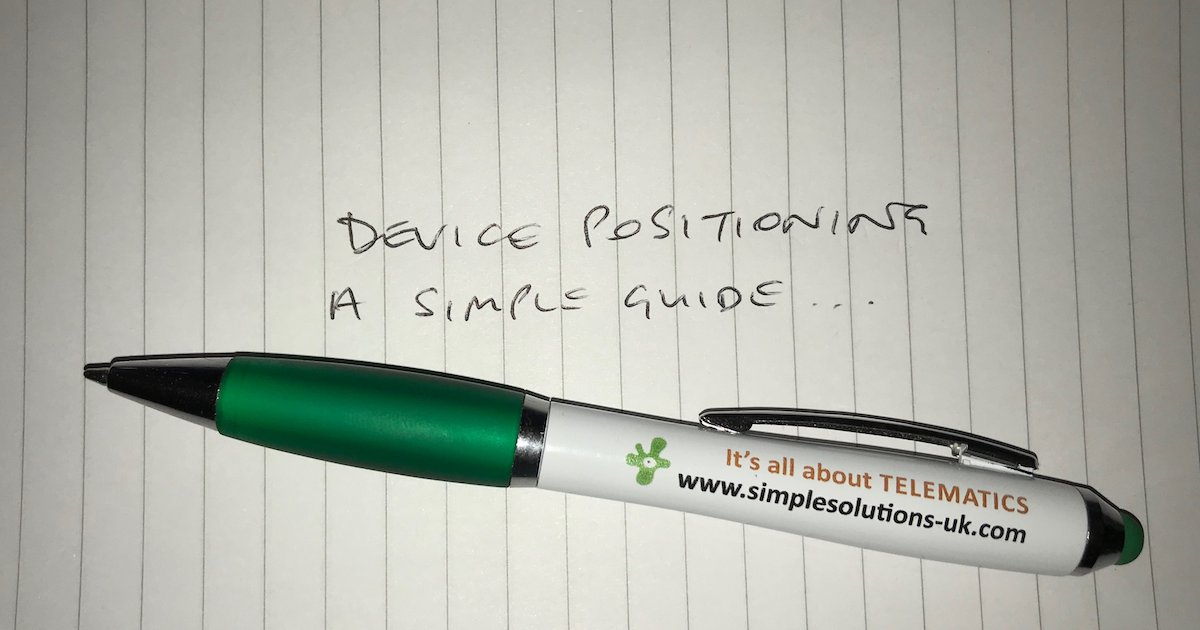 Cellular Connectivity - where next? 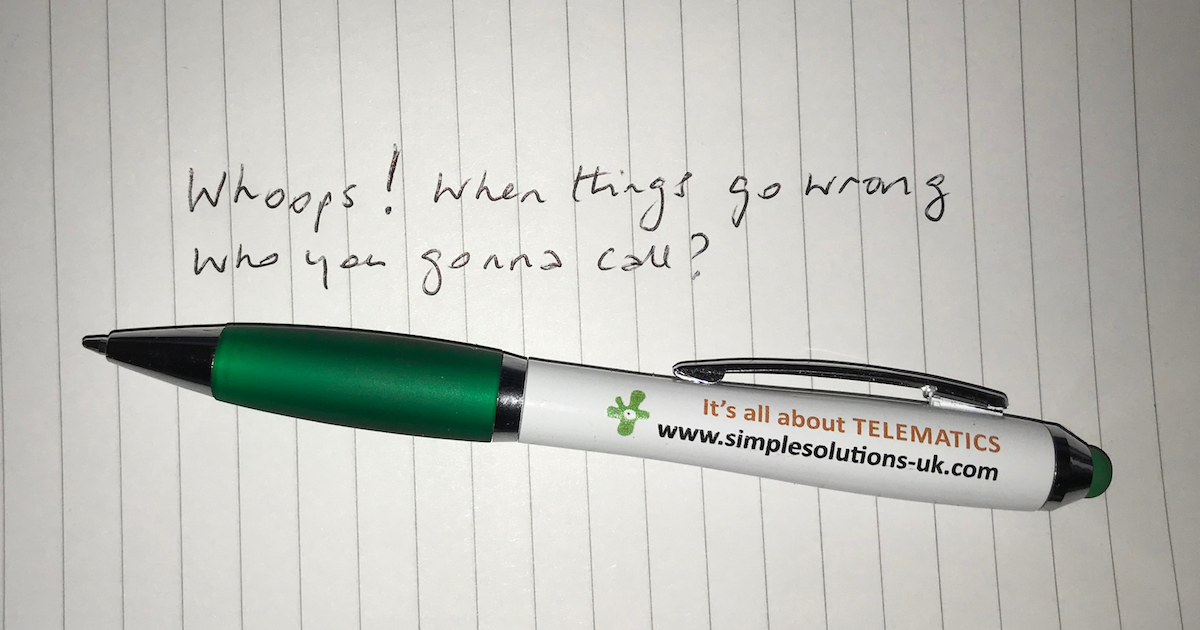 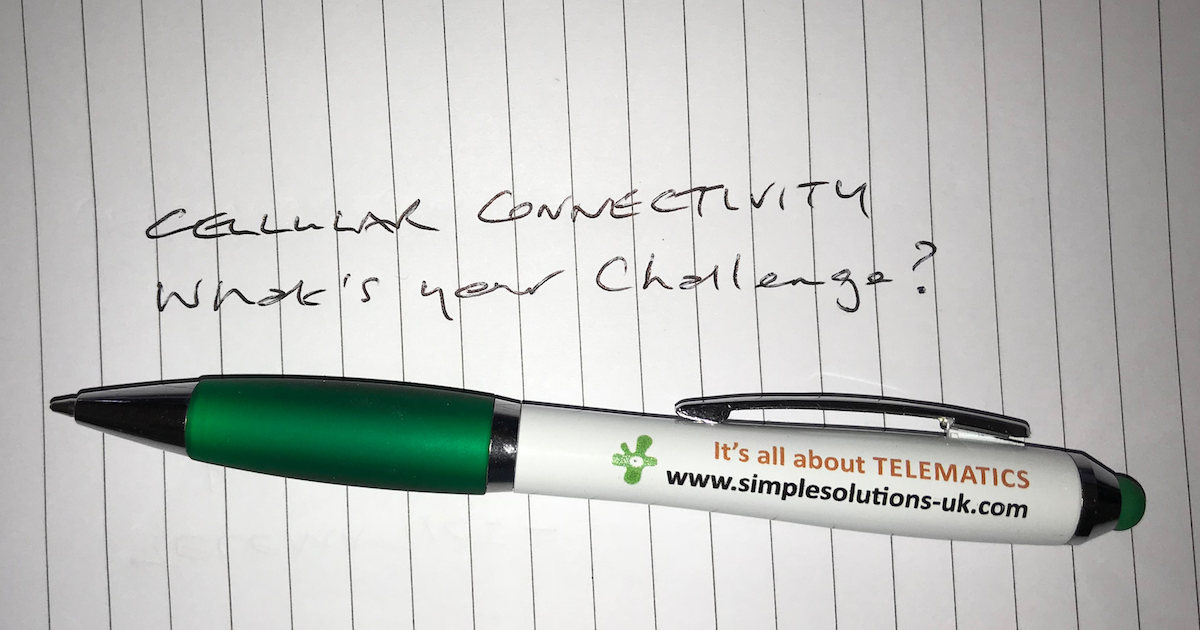 Cellular Connectivity : How we can help